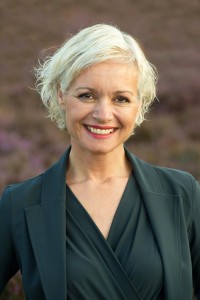 Meer Fennema, coach and speaker from the Netherlands, will share her journey from living a life in extreme fear to living a life from her heart. It’s a journey of courage and vulnerability, letting go and kicking ass, falling and rising again. In the second part, Meer will facilitate some practices to get clarity from your heart and to feel the power of vulnerability.

Meer Fennema is an international speaker and coach. It’s her mission to express her inner voice internationally and by doing so allowing others to unleash their own inner voice. Most of her life she has been terrified to express herself, whereas simultaneously she had a clear vision of herself standing on international stages to inspire others. In 2012 she crossed this gap at Date with Destiny and since that transformation, she coaches and trains people to unleash their voice: to find answers within themselves and to speak up courageously and vulnerably from their core being. The results for her clients are more selfconfidence, clarity, a feeling of freedom and less stress and fear.

Meer has the unique gift to feel in her body when people speak from their head or their heart and this way she can reflect pure answers and choices from the heart. When she speaks on stage, she speaks from heart to heart, so that her message comes across powerfully. Her enthousiasm, her inner drive to touch and inspire, her powerful feminine presence, in combination with the heartfelt connection with the audience, makes her talks experiences people bring home.

In May 2014, Meer went with 25 other international coaches (of which she was the only Dutch) and an American TV team to Liberia. For a whole week, she gave workshops and empowered 400 Liberian teachers on stage. A documentary of this trip will be released soon.

Meer Fennema has studied Policy and Administration in International Organisations at the University of Groningen (the Netherlands) and Concordia University in Montreal (Canada). She has worked in different communication jobs both in her own country and abroad. She started working as an entrepreneur in 1998, first as a business writer, later as a coach and speaker.